The result from remote site is stored in result variable($result).

Popular posts from this blog

Use google mail for your domain

November 01, 2009
Anyone can use google mail like gmail to access your pop email. Google provides you a lot of facilities including sites,calender,reader etc. 1) Sign up from www.google.com/a/cpanel/ domain /new and have fun with google.
Read more

Earlier this week, Microsoft and Facebook announced a .NET version of Facebook’s Platform Client Library, a collection of functions which allow for easy interactions between an application and Facebook (getting a user’s friend list, for example). Up to this point, desktop application developers have had to rely on unofficial client libraries which often got outdated quickly, did not contain exhaustive functionality on par with the official Facebook client libraries, nor had official support from Facebook. You can find the actual Microsoft SDK for the library here . One element still missing from the “desktop” application picture is a client library for Windows Mobile. While Microsoft recently released an official Facebook application for Windows Mobile, currently featured in their Marketplace, there has not been any word on an official client library for the mobile operating system. This is in contrast to other popular platforms, such as the iPhone which has it’s own official clie
Read more

Chrome OS Going to release by next week 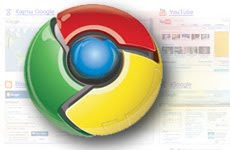 Google's Chrome operating system could mark a turning point in computing, but many questions remain. Today's rumor is the OS will be released to developers next week, answering some questions but probably raising even more. Google had previously promised Chrome OS, in some form, before the end of this year. Chrome OS strikes me as being just enough Linux to allow an underpowered computer to run Chrome browser and connect to cloud-based applications. How exciting can that really be? On a netbook, Chrome OS may be enough to provide mobile functionality. On a desktop, Chrome OS may turn a PC into a glorified terminal, relying on the Internet for nearly everything the user does. There are many questions about Chrome OS, some of which may be answered when Google releases whatever it decides to make available to make good its promise to release the OS, in some form, before the end of this year. Among those questions: Just how limited will Chrome
Read more